Tim Challies Reviews Why Social Justice is Not Biblical Justice 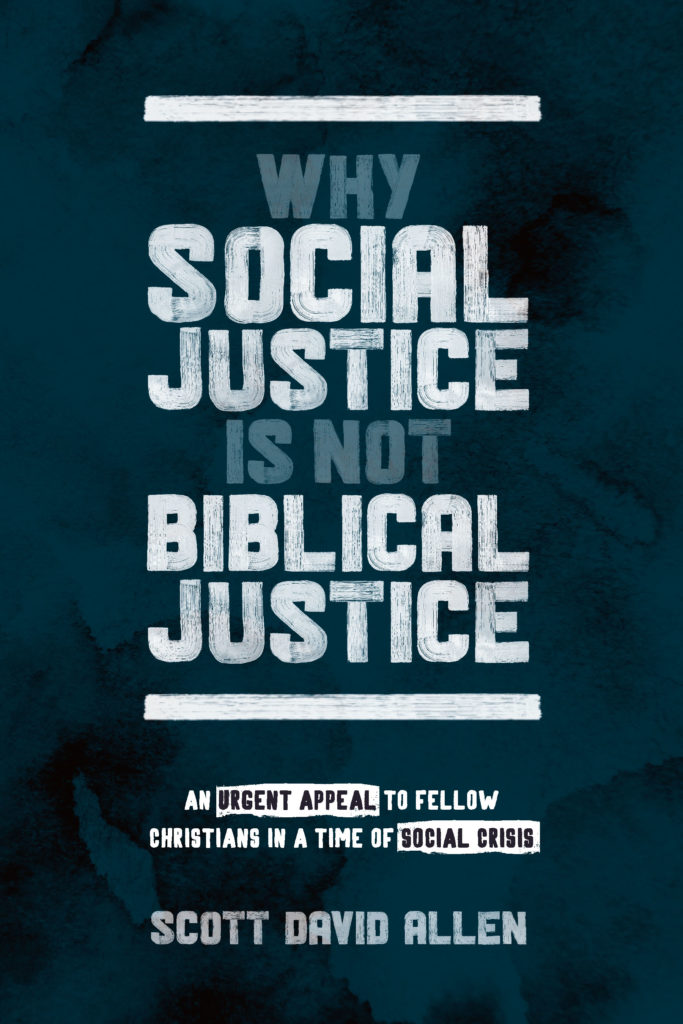 I’m grateful to Tim Challies for taking time to review Why Social Justice is Not Biblical Justice. Tim is a popular evangelical writer, blogger and book reviewer. He serves on the pastoral team at Grace Fellowship Church in Toronto, Ontario.

Here’s an excerpt from Tim’s review. You can read the whole thing here.

After showing how ideological social justice has begun to make inroads into the church—through means such as “Progressive Christianity,” egalitarianism, the LGBTQ movement, and Woke Church—[Scott] makes a surprising turn and offers an appreciative critique of the Statement on Social Justice and the Gospel which, though primarily associated with John MacArthur, was actually penned and signed by a group of individuals. While he lauds much of its intent and content, he laments that it “unfortunately repeats the same error of the earlier fundamentalist movement. Rather than reasserting the rich legacy of biblical social engagement, the statement drifts into the old sacred-secular dichotomy that pits gospel proclamation against social ministry.” Just as fundamentalism was defined more by what it was against than what it is for, he fears the same may be true for those of us who are concerned about the move toward social justice. “The crying need today, as it was in the early twentieth century, is to recover a biblical, orthodox approach to justice and cultural engagement. At the same time, we must speak out against unbiblical social justice ideology. We need to rediscover and champion a deeply biblical approach to cultural engagement, in ways that lead to greater justice and human flourishing, and not to abandon these things as a distraction from our ‘core mission.’”

This, then, leads to the book’s Schaefferean call for the church to regain a comprehensive biblical worldview that will not only spurn ideological social justice but also emphasize true justice through cultural engagement and transformation. “Let’s not simply be anti-ideological social justice. Let’s be probiblical worldview.” This requires faithfully preaching the gospel but then also calling Christians into faithfully engaging the culture. “The temptation by opponents of ideological social justice to overreact by pitting evangelism and gospel proclamation against cultural engagement is a grievous error that must be avoided.” Thus we must, as did so many of our forebears, fight for justice in this world and defend the victims of injustice. But always we must be careful that we do so according to a biblical, wholistic definition of “justice.”

Will social justice prove to be a fearsome foe? Will it prove to be the dominant challenge to orthodox Christianity in the twenty-first century? Only time will tell. In the meantime, we will be well served with books that help us sharpen our understanding of true justice and help us combat any counterfeits. Scott David Allen’s Why Social Justice Is Not Biblical Justice is among the first book-length responses and it is one that makes a valuable contribution. Its strength is not just in calling people away from unbiblical notions of justice, but in calling people toward a fully-formed worldview in which Christians care more for justice—true justice—than anyone else. “This is my plea,” he says. “Recognize and reject the counterfeit.

Remember what true justice is. Hold fast to that truth, no matter how unpopular. Speak it out. Demonstrate it. Be the salt and light Jesus commands us to be.” To that I give a hearty “Amen!”