A Statement from the Disciple Nations Alliance on the Historic Overruling of Roe v. Wade 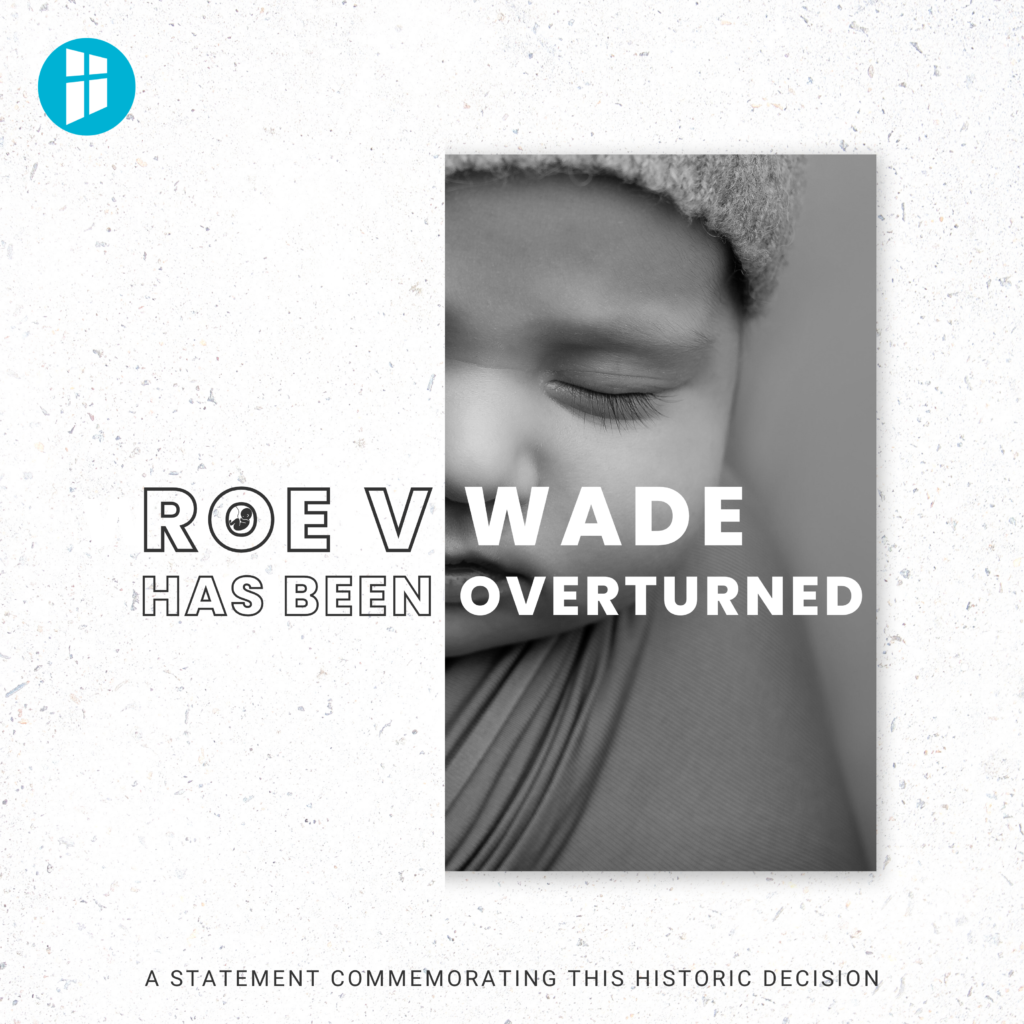 As human beings, we possess the right to life and liberty as gifts from God. To their everlasting credit, the U.S. Founding Fathers acknowledged this powerful biblical truth in the Declaration of Independence. “We hold these truths to be self-evident, that all men are created equal, that they are endowed by their Creator with certain unalienable Rights, that among these are Life, Liberty and the pursuit of Happiness.” The United States of America is at its best when it is true to its founding creed.

Today, we, the leadership of the Disciple Nations Alliance, rejoice that the United States Supreme Court has overturned the 1973 Roe v. Wade decision that wrongfully made abortion constitutionally protected up to the point of birth and beyond. This disastrous ruling was in direct conflict with both the Declaration of Independence and the Constitution and legalized the slaughter of more than 63 million precious unborn human beings made in God’s image. It was arguably the greatest injustice in American history.

We praise God that in both cases, the Declaration and the Constitution were affirmed. Slavery was abolished in 1865, and on this historic day, June 24, 2022, Roe v. Wade, and a subsequent case that affirmed Roe, Planned Parenthood v. Casey were overturned. In the words of Justice Samuel Alito in the majority opinion, “The Constitution does not confer a right to abortion; Roe and Casey are overruled.”

We praise God for his mercy on the United States and praise the courage of the six justices who voted to overturn Roe, Chief Justice John Roberts, Samuel Alito, Clarence Thomas, Neil Gorsuch, Brett Kavanagh, and Amy Coney Barrett. We praise God for the tireless work of so many in the Right to Life movement, who have worked, prayed, and fought for decades to see this day come.

Now, in the words of Samuel Alito, “the authority to regulate abortion is returned to the people and their elected representatives.” There is much work that remains to be done. Our goal must be to make abortion as morally unacceptable as slavery is today in the minds of our fellow citizens. To this end, we pray for a great movement of God’s Spirit in our land, and in the nations of the world, and a turning back to God in humble obedience and gratitude.